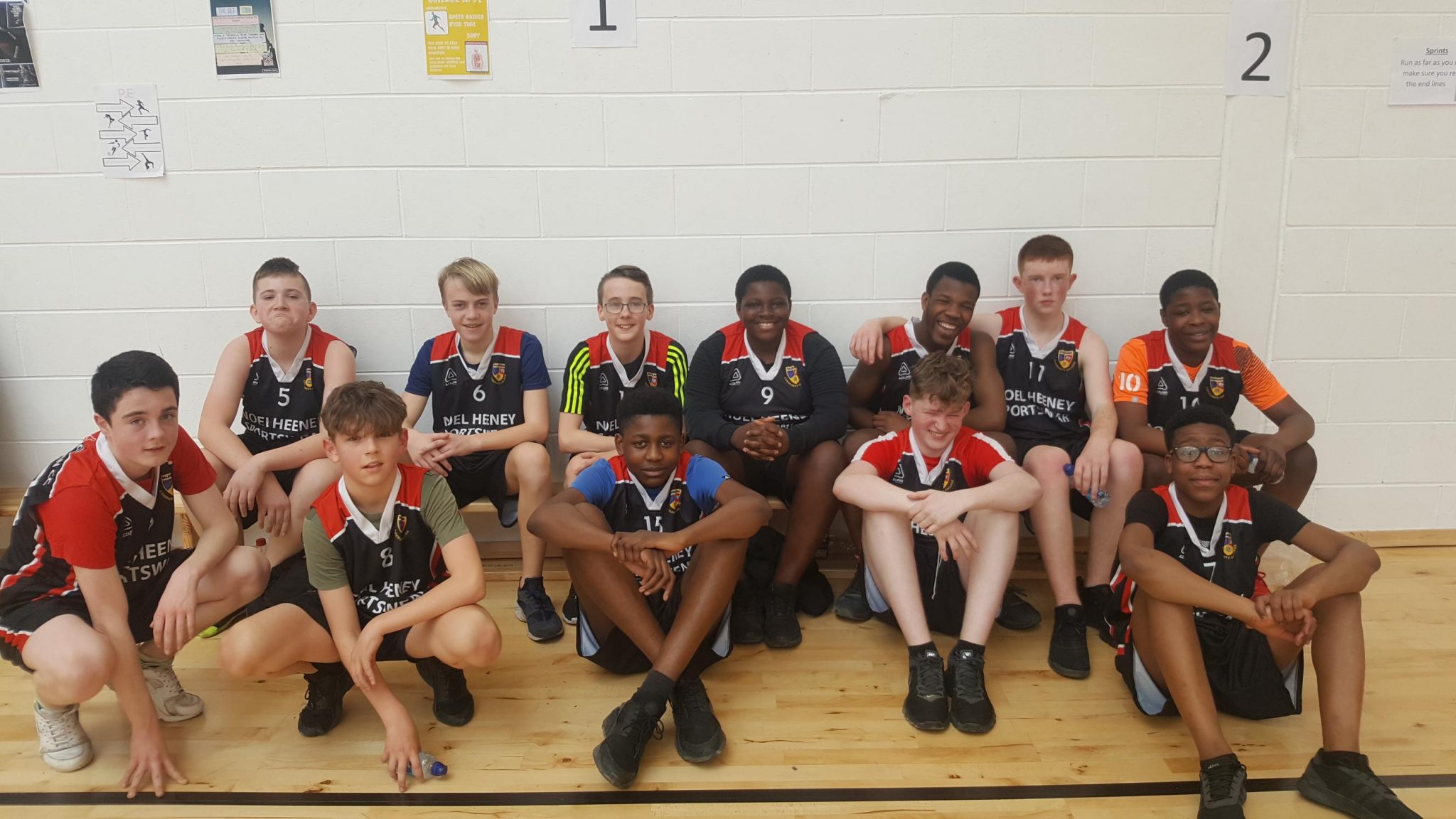 The 1st year boys bastketball team have continued their success this season with a quarter final win over Kishoge Community College on Thursday 15th March.
They led from start to finish and played with a great mentality all the way through. Jake Morrell played a fantastic game, coming out as the top scorer. Other baskets came from Brandon McKeown Costello and Michael Pavlov. They will now progress onto the semi final next week. Well done to all and best of luck in the semi final.
The first year girls basketball team  finished their league with a good win against Fingal CC. All of their games were very close and they did very well in their league as the first girls team to represent the school in a while. They were unlucky not to progress out of the league after winning 3 out of 5 games.