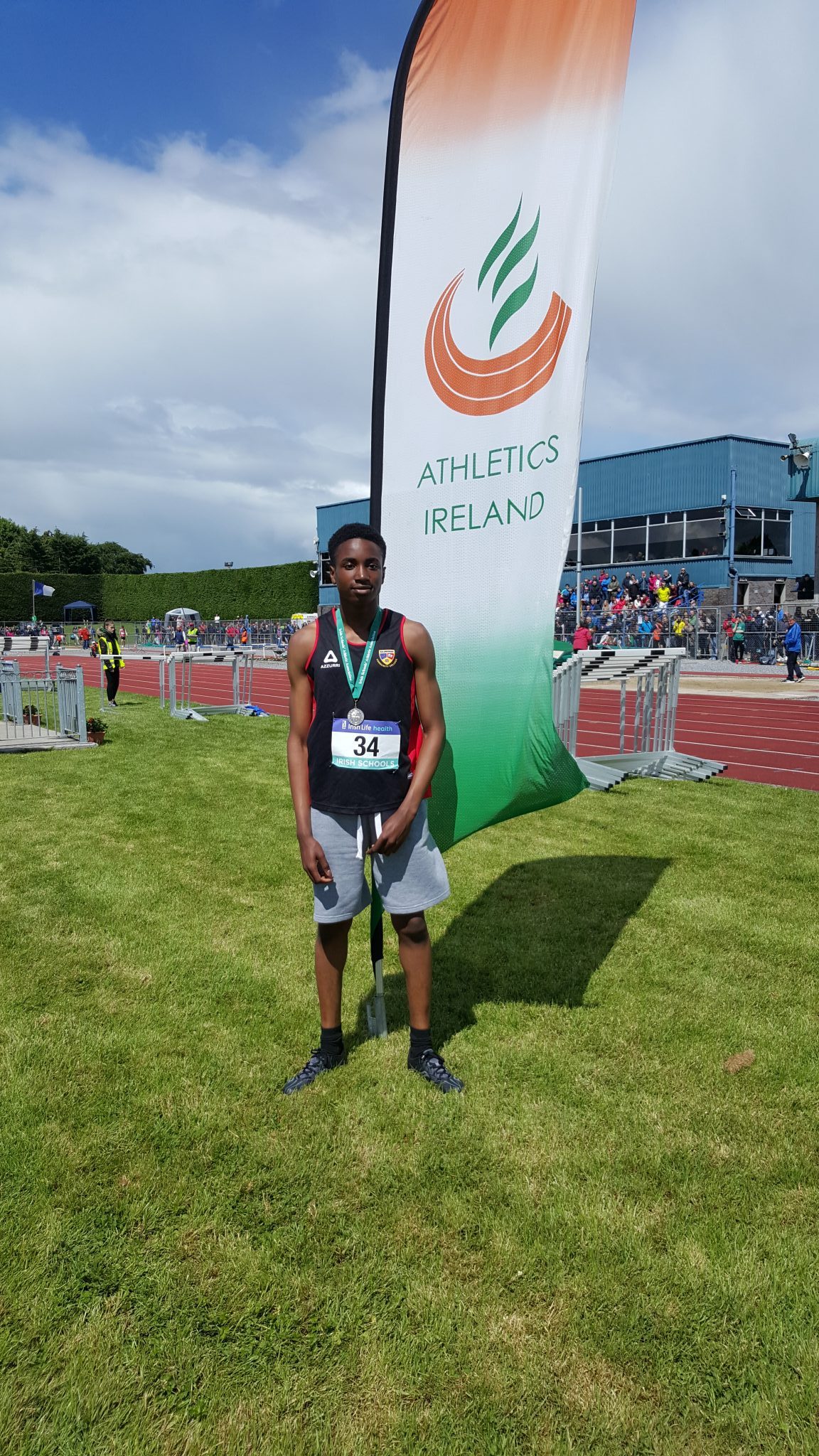 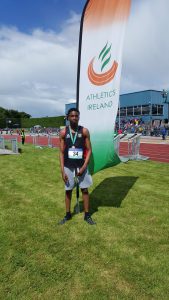 Marvellous Agbator (2nd year) competed in the All-Ireland Schools Athletics Championships today in Tullamore, representing Balbriggan CC. Marvellous was competing in the Junior Boys 200m. He had a fantastic start, flying from the blocks and around the bend. Marvellous ate up the stagger of the bend and was in first place coming off the bend and with 50m to go. A competitor on his outside came from nowhere and went ahead in the last 50m, however Marvellous held his form brilliantly to the line and came away with the silver medal.

This is a fantastic achievement in a highly competitive competition, especially for someone who has only taken to the sport in the last few months. The best school boys and girls in Ireland work hard to get to this stage from provincial level and the cream of the crop compete at this event. Ms. Murray, Ms. Lucey and all at Balbriggan Community College are very proud of you Marvellous, an All Ireland Silver medallist in the Junior Boys 200m, congratulations.