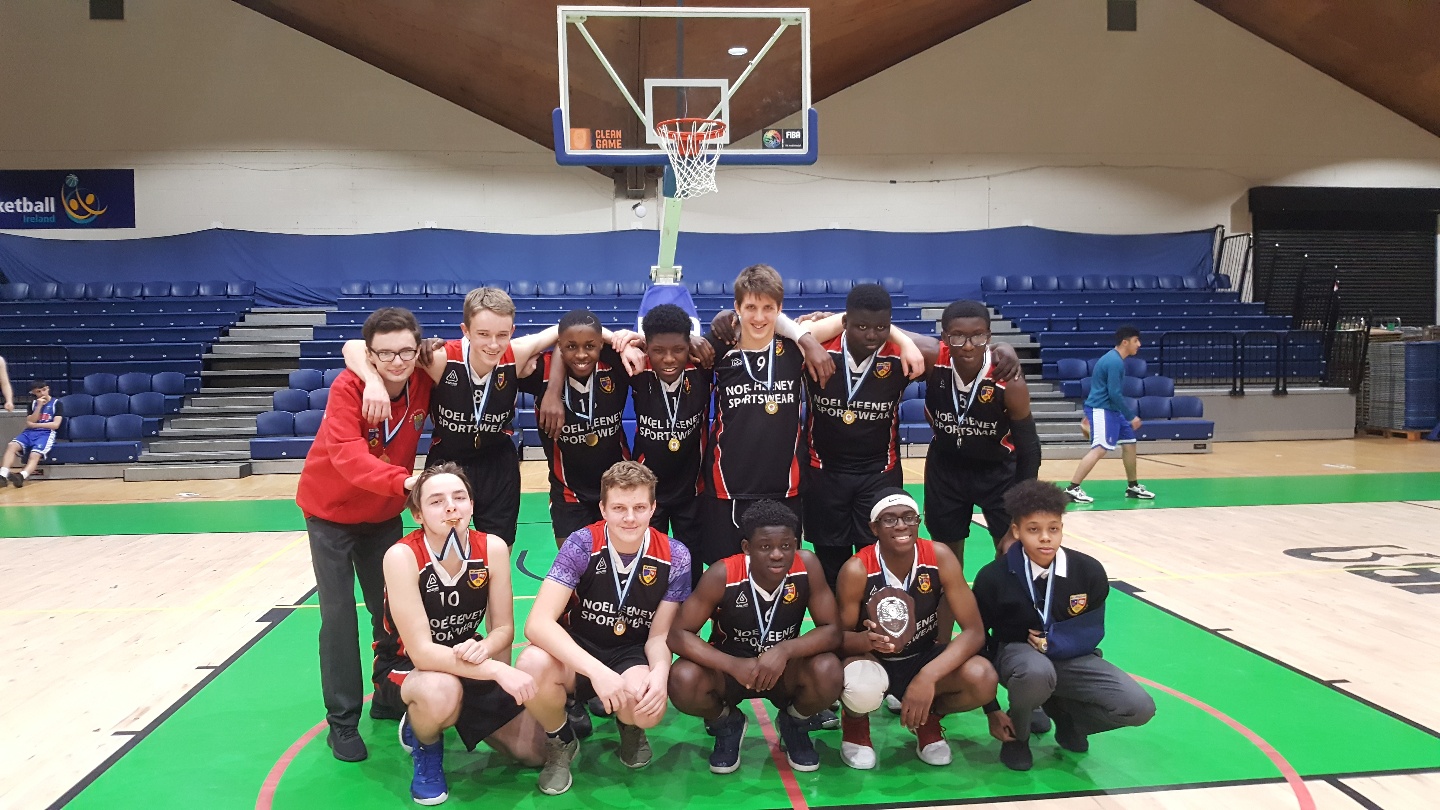 The U19 team played the final of the Schools’ Plate on Monday 11th December against Synge Street CBS in the National Basketball Arena in Tallaght. Playing in the National Arena was a first for this team and they handled their nerves well.
Balbriggan got off to a great start and were ahead from the first whistle. At the end of the first quarter Balbriggan had a comfortable lead, however this was followed by a tight second and third quarter which let the opposition back in the game. Synge Street made a good comeback to close down our lead to only 2 points. Good defensive work from Adam Worthington along with great control and skill from Captain Themba Mwenelupembe didn’t let them go ahead at any stage.
In the fourth quarter the game was still tight, Balbriggan needed to pull something out to ensure they kept the lead. On the attack points from top scorer Ari Elobo, Stephen Mpemba and Al-Ameen Disu put us in a comfortable lead that we (coaches and supporters) could relax again. The title looked to be ours, however we could never be sure, and as the U19’s were tiring towards the end they got an extra boost from our supporters chanting and cheering them on. The final buzzer went, Balbriggan won by 34 points to 23.
Well done to the entire U19 team for your dedication over the season, hard work pays off and this title was well deserved. We all look forward to seeing what this team can do next year, a bright future awaits, congratulations. Thanks to Ms. Murray and Ms. Mc Donald for coaching the team. 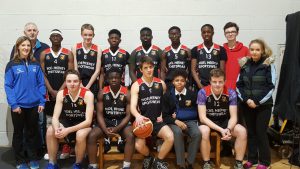 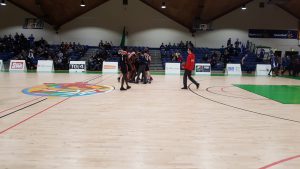 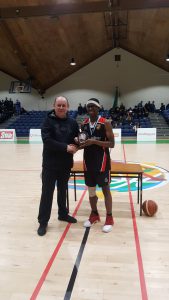 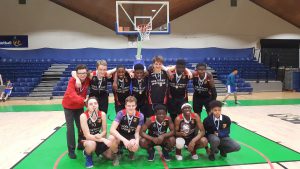