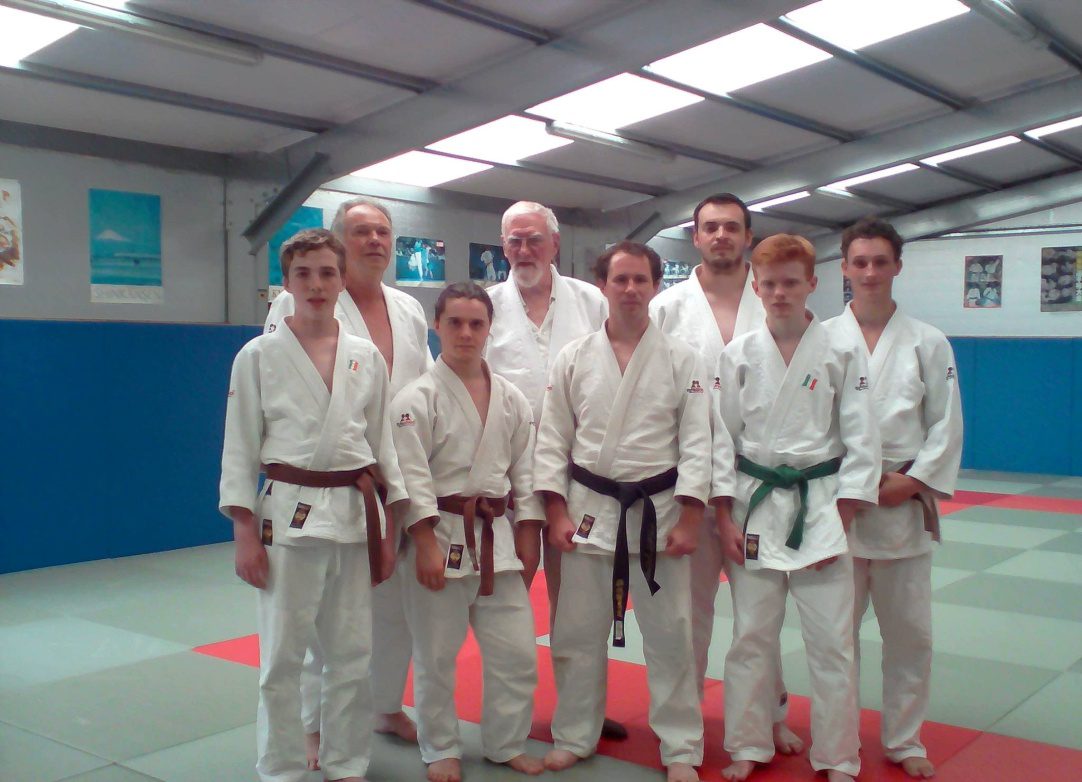 Well done to Cian McGrane ( 5th Year) who recently raised €550 by organising a non uniform day in aid of Zamda.
‘In October I will be travelling to Zambia with my Judo Club to a home for orphaned and abandoned children in Kabwe, called Sables Nua. This centre is run by the Irish-Zambian Aid project Zamda. There, we will be teaching the children judo and helping around in Sables Nua. In order to do this the club is hoping to raise €15000. €10000 of this money will collectively cover our expenses and the other  €5000 will be directly donated to Zamda and be used to further improve the lives of the children. Thank you. Cian McGrane.’
Some of the Judo Ireland members who will be travelling out to Zambia in October 2016, with Fr. Jude McKenna, 9th Dan Zambia Judo — with Eoghan Quill, Conor Madden, Alan Martin, Cathal Ó Fainín, Colin Kiernan, Cian McGrane and Ryan Campbell at Dublin School of Judo, Garristown, Co. Dublin.
ZAMDA is a registered charity (Charity No. CHY16728). They are dedicated to providing direct and effective aid to a number of projects in and around Kabwe such as  “Sables”, a centre for Kabwe’s street children.
Sables is a centre for the most vulnerable children in Kabwe; it offers food, clothing, medical care, emergency overnight accommodation, counselling, education and vocational training for over eighty O.V.C.s (orphaned and vulnerable children).
Many of the children in Sables come from the streets of Kabwe and Lusaka; they have lost their parents to HIV / AIDS, been rejected by their families and forced onto the street to beg, steal or prostitute themselves in an effort to stay alive. Apart from the heartbreak, rejection and fear these vulnerable children they encounter cruelty and abuse on the streets.  Other orphaned children come to Sables from the compounds (slums) of Makalulu and Katongo sent usually by their grandparents who cannot provide food or clothing or education for them.