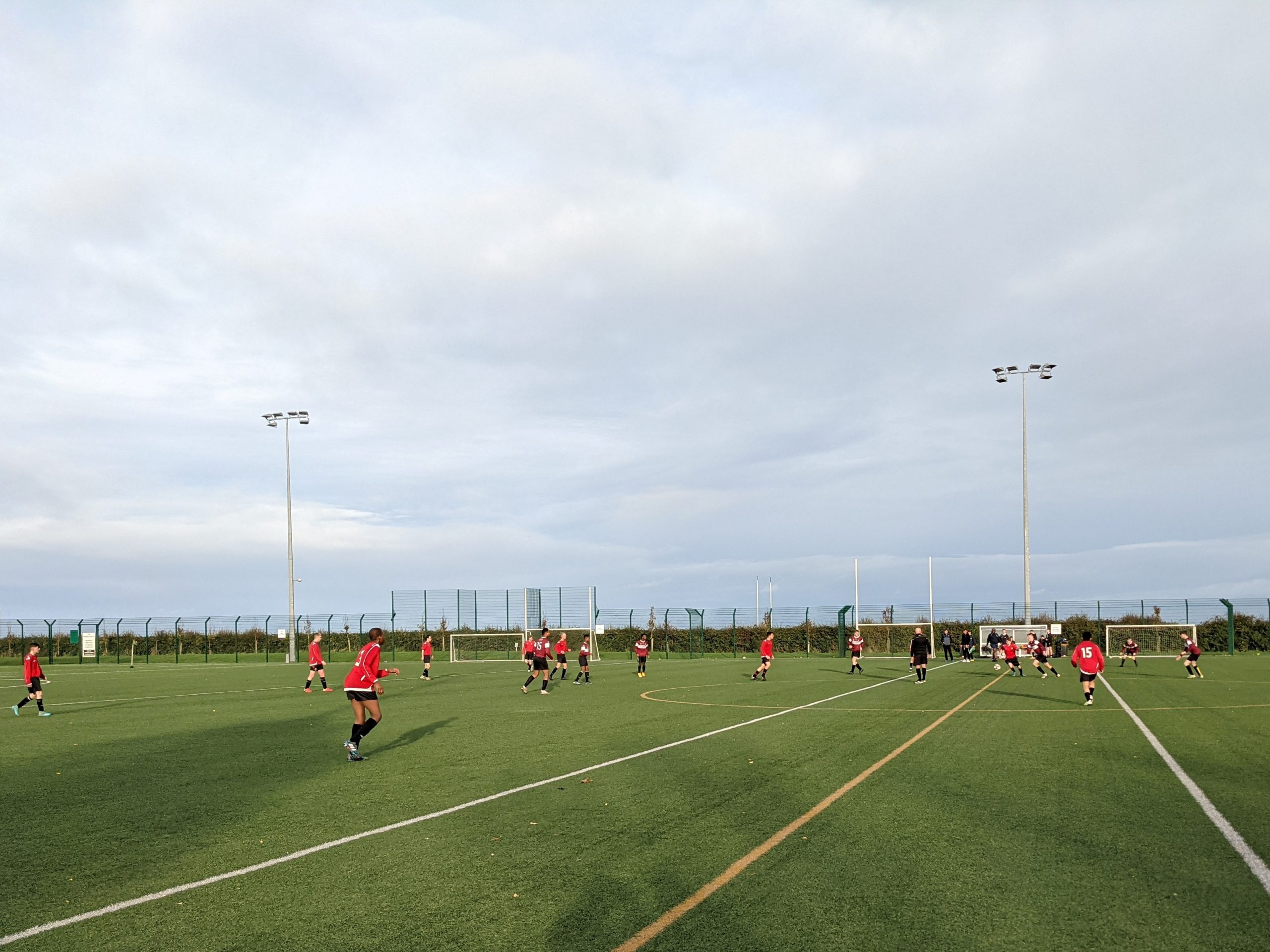 Tuesday the 16/11/21 Balbriggan’s Senior boys team took to the pitch for the first time this year to play against a strong Coláiste De Lacy team. After only having two training sessions before today’s game our players found it difficult to find cohesion and structure in the first half and the opposition were able to break us down easily. Despite some excellent saves by Kristians Stikans, Coláiste De Lacy managed to hit the back of the net 4 times in the first half with no reply from Balbriggan. After half time with few substitutions coming on and the lads settling a little, things improved. Cian Carroll made a big difference in midfield when he came on, after rifling a shot off the crossbar Lee Sheridan was able to capitalise on the rebound to score for Balbriggan. Subsequently after a nice piece of attacking play we had a throw in in an advanced position. Maleek Harford was able to flick the ball into the box cleverly with a header where Brooklyn Scott was waiting to volley it into the back of the net. Despite the better second half by Balbriggan, Coláiste De Lacy were able to score two more leaving the final score 6-2. Credit to the players for pushing till the end, we head onto the next game after learning some lessons today. Thanks to Mr. Heffernan.